On behalf of the entire Equal Voice team, I’d like to wish you a Happy International Women’s Day.

As a supporter of Equal Voice, your commitment to electing more women to all levels of political office in Canada is an important step towards gender equality. While we’ve made great strides together over the past years, there is so much more to be done.

I joined the Equal Voice team almost a year ago and feel so honoured and inspired to work alongside hundreds of volunteers across the country. In the past year, together we have hosted campaign schools, provided training and networking opportunities for prospective candidates and staff, made real impact toward gender-sensitive legislatures across Canada, celebrated the highest ever number of women MPs elected to the House of Commons, and organized the second Daughters of the Vote event last April.

It was especially moving to watch the 338 young Daughters of the Vote delegates sit in the House of Commons, knowing there were more women sitting in the chamber on that day alone than have ever been elected in the history of Canada. 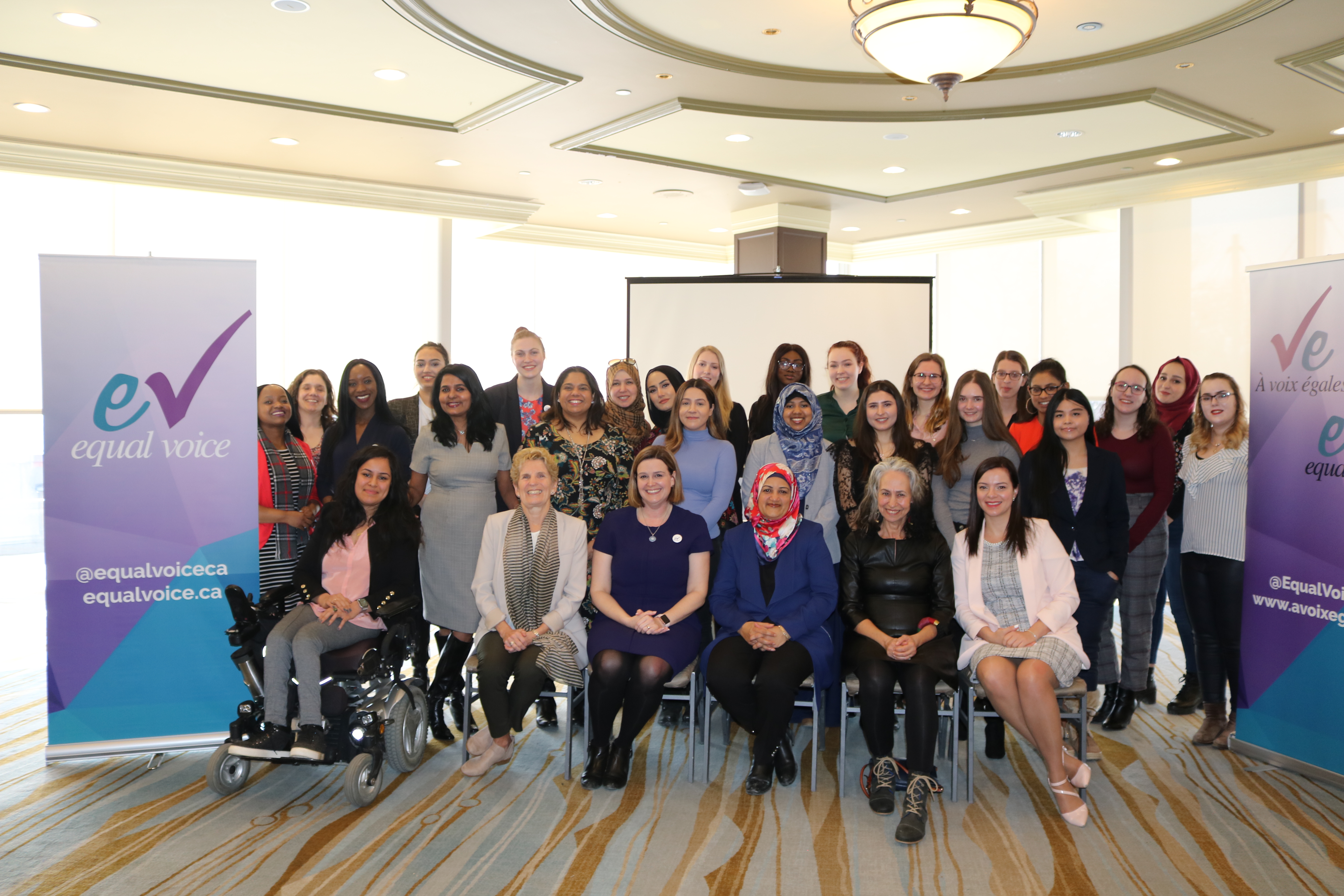 I am proud of the contributions delegates have made to their communities since taking part in the program. Over the last year, Equal Voice awarded Leadership Grants to delegates from our 2017 and 2019 Daughters of the Vote Program. With these grants, 123 young women leaders across Canada designed, developed, and implemented advocacy projects in their communities.

These women’s projects have had an enormous impact – whether by organizing a youth mental health conference for underserved groups, raising awareness in rural communities about education opportunities, starting a soccer training for Muslim women, or producing a talk-show that supports newcomers looking to enter the Canadian labour market. Their leadership and hard work is one of the many reasons we celebrate today.

I’m proud of the success Equal Voice has had in the past year, which was only possible thanks to the generosity of supporters like you, who share our vision that equal representation in Canada’s political institutions matters if we want to make gender equality a reality. But, there is still a lot more to be done.

On this International Women’s Day, I’d like to ask you to consider making a donation to support Equal Voice. Your contribution will go a long way in supporting women who are making a difference in their communities, and helping us to equip more women to run for office in the years to come.

Happy International Women’s Day, and thank you for your support!