Did you know that if all the women that have ever been elected as Members of Parliament sat in the House of Commons today, they would not even fill the 338 seats in the Chamber? 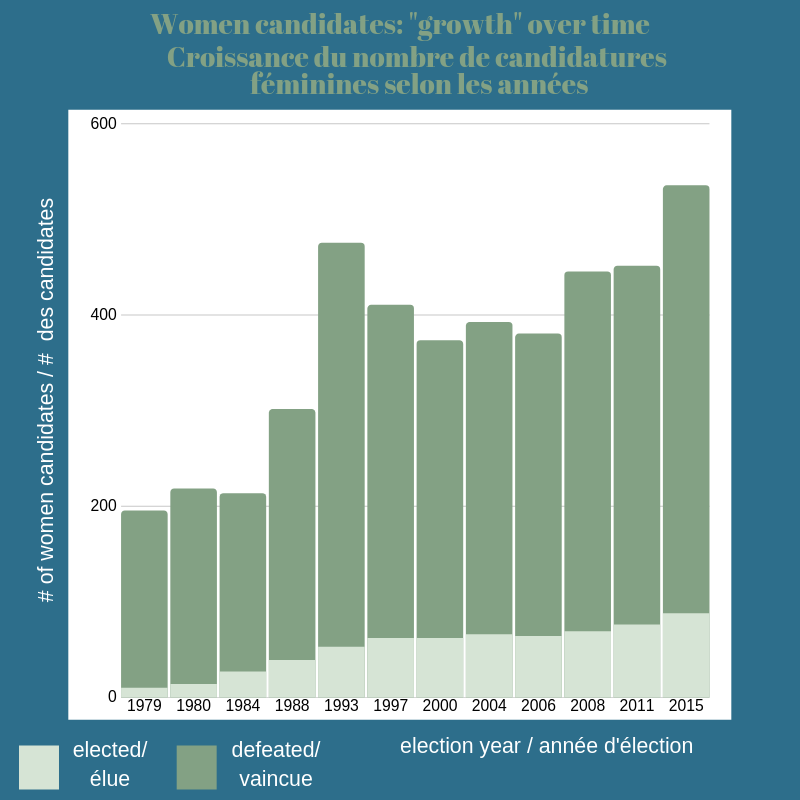 We’ve looked at the numbers of the Canadian federal elections for the last few decades, starting in 1979, and in doing so it’s evident that women’s representation at the federal level has seen only marginal progress.

Three decades later, heading into the 2019 federal election, Equal Voice knows Canada must, and can, do better for women's representation.

So the question remains: why is change in Canada so incremental?

Among the many reasons, is the often cited pattern that suggests women are often nominated in ridings where the party they represent is less likely to win.

Expert witnesses cited on the Report of the Standing Committee on the Status of Women entitled ELECT HER: A ROADMAP FOR IMPROVING THE REPRESENTATION OF WOMEN IN CANADIAN POLITICS stated that “parties may present many female candidates but based on the ridings in which they run, these women have little chance of being elected.”

Equal Voice will be looking at the winnability of ridings, the barriers women and gender diverse people face, the trends seen overtime, as well as the various factors that contribute to women’s under-representation in our House of Commons through our blog and analysis series. Stay tuned!

NEXT WEEK: The 2019 Election – nominations, numbers, and opportunities.