OTTAWA— This past fall, after a hard-fought leadership race, NDP MP Niki Ashton gave birth to twin boys. Little has been made of it because, after all, women give birth every day in this country. While remaining an active Member of Parliament, Ashton has also been adjusting to life with not one, but two young infants while also serving the needs of her constituents.

Also, this past fall, federal Democratic Institutions Minister Karina Gould announced she was expecting a baby in Marrch. As has been widely reported, she will be the first federal minister to give birth while holding a cabinet position. In an interview last week, Gould said that, even though she plans to take six weeks away from the House, something her party supports, the formalization of a maternity leave policy would make sense for female MPs in the future.

Otherwise, despite the fact that in recent years, expectant MPs have worked out leave arrangements with the House, and while there is no doubt that this prime minister is very supportive of such women, women are nonetheless at the behest of their parties and peers to negotiate time away from the House or risk being penalized. It’s a position no woman relishes.

Currently, House rules stipulate that after a 21-day absence from parliamentary sittings, MPs will be docked pay for every subsequent day they miss. However, exceptions are made for sickness, military duty, and official Parliamentary business. In other words, if it’s your gall bladder that’s got to come out, no problem. Take the time you need. A good recovery is imperative.

A baby, however? Well, let’s talk. That’s clearly more complicated, and as a woman, you’ve obviously brought it on yourself.

It’s no surprise that these parliamentary rules were written at a time when women’s participation as elected officials wasn’t contemplated, let alone foreseen. This is because MPs’ very presence in the House remains crucial to a party’s capacity to maintain or oppose the government because it all comes down to votes.

The Liberals were reminded of this last spring after they came perilously close to losing an unexpected confidence vote, and barely squeaked by. The opposition was invigorated, the Liberals spooked. There’s a good reason House leaders are so assiduous about ensuring their MPs are in Ottawa when the House is sitting. 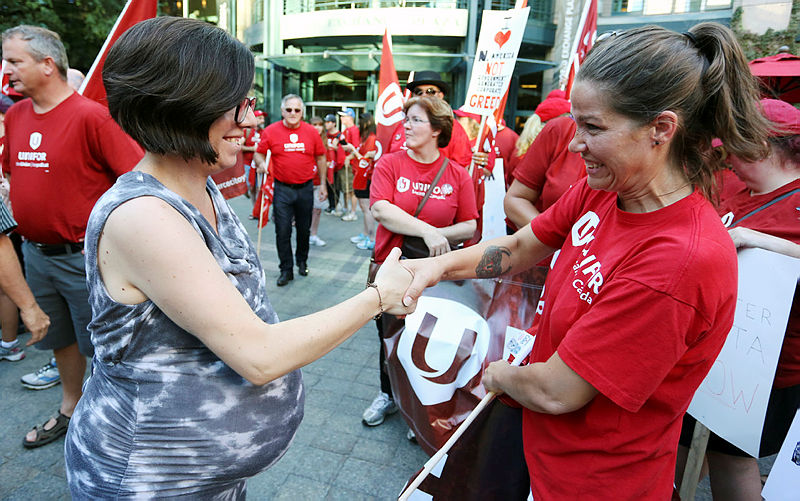 But, none of this fits neatly into the realities of childbirth and care-giving of young infants. Yet, increasingly, voters want the choice to vote for more women, and talented younger women across party lines are demonstrating that they are both compelling and competitive candidates and caucus members. Prime Minister Trudeau, as well as former prime minister Harper, have intuitively understood the value of leveraging some of their fresher female faces, many of whom have proved to be high performers and party stalwarts.

This Parliament is no different, except that a few of these younger women are smack in the middle of their childbearing years and don’t regard politics as an impediment to motherhood.

So democracy, the living and evolving thing that it is, must adapt. And adapt it can to these “new” realities. Just as Parliament introduced, in the 1980s, a House calendar so that MPs could properly anticipate weeks in the riding and those in Ottawa, clear stipulations regarding the kind of short term leave available to a female MP who gives birth to a child simply make sense.

Let’s not kid ourselves. It’s not that the work ever stops, and any MP keen on re-election doesn’t want it to. But some explicit language about reduced travel while a woman is recovering, and the use of widely available technologies like video-conferencing so that female MPs can continue to engage in committee and related House work while recovering are reasonable to inscribe on paper.

This would reduce the guessing game and avoid having expectant MPs appealing to their counterparts to set the terms of their work. If female MPs opted to not take leave, that would be their call. Not their parties, or the Speaker’s.

Further, such modest changes would clearly signal to an emerging generation of young women leaders that Parliament isn’t just for women whose kids are well on their way to being raised or out the door already. If male leaders can serve at the highest levels of politics while also being the dads of young children, don’t they owe their female counterparts the same opportunity? 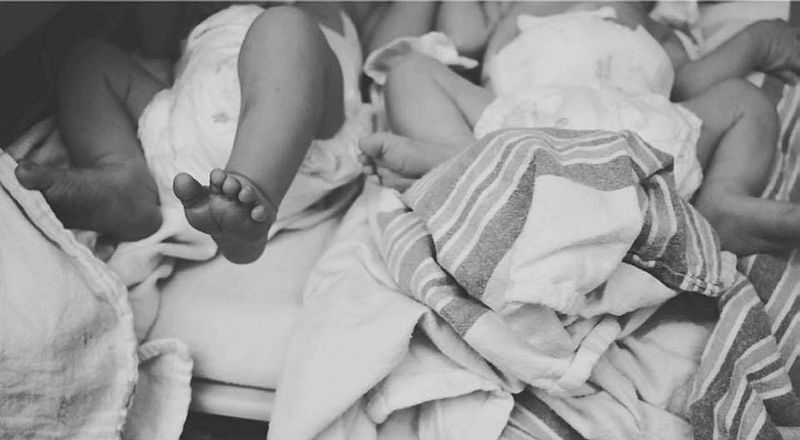 Otherwise, we are asking women wanting to have families to abstain from pursuing public life because our national legislature can’t seem to get its head around it. And, by extension, we are telling Canadians that representative democracy has its limits because of gender. Because, clearly, men by virtue of how the system is designed are, naturally, more suitable for elected office.

The message this sends to aspiring women under 45 is that unless their childbearing years are over (or non-applicable), they need not apply. Take your aspirations, talent, commitment, and go home. Consider coming back later when Parliament no longer has to contend with your reproductive talents that, incidentally, keep humanity going. Despite the immense value of this contribution, you’ll need to take the hit on that. It’s 2018 afterall.

We dearly hope that, in this day and age, Parliament can find the wisdom and courage to recognize the value in modernizing its 150-year-old traditions so that the simple fact of female MPs having babies isn’t a disruption or a distraction, but an opportunity to build a more inclusive legislature. And, as a nation, we can share in the birth of a new and exciting era in Canada’s democracy.

Nancy Peckford is the national spokesperson for Equal Voice, which advocates for electing more women in Canada.